We are adding some flavour to our regular film shows either enhancing the film with the help of local people/organisations or by revealing some gems from other countries.

This will take place on Sunday 26th January at Wadham School.

We’ll be showing two films – ‘Timbuktu (2014)’ and ‘Tsotsi (2005)’ – both are ones that may have passed you by, but are excellent dramas showcasing some great African talent.

Timbuktu is set in Mali, and Tsotsi is set in South Africa.  Both are moving & award-winning dramas that illuminate our understanding of some of the issues that face the continent. A short clip featuring local film charity Purple Field Productions will also be played.

This season, we presented a ‘classic’ film on Sunday 24th November.

This year we celebrated a son of the south west; Archibald Leach, better known as Cary Grant. Grant would have been 115 years old this year. One of the most iconic screen figures of all time, we screened two of his best films:

With thanks to our former Committee member, Jo Canning for choosing the films and theme for last season – which was Scandinavian.

Alongside complimentary tea, coffee and Scandinavian cake, we also had a themed Quiz.

Thanks again to those of you who came along, we hope to see you again through our season.

This season’s focus was on Germany

Two films, Goodbye Lenin and Run Lola Run were shown on the afternoon of Sunday 28/01/18. 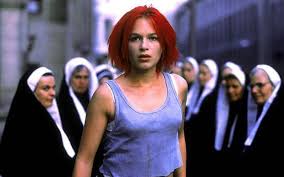 This season’s International focus was on Spanish Language films.

Spirit of the Beehive

The second film was:

We continued our International film theme with an Italian Film Day on Sunday 31st January.

At our first ‘special’ film day – La Fete de Films Francais – we joined with Wadham School language students and Crewkerne’s Town Twinning Association to enjoy a taste of French cinema and French food. A nostalgic viewing of Le Ballon Rouge was followed by the well-received Les Choristes, served with a quiz on all things French and classic onion soup.